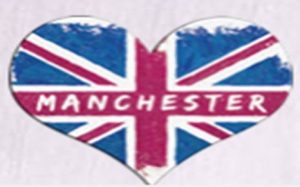 Following the horrendous terrorist attack in Manchester, our thoughts are foremost with those who have lost friends and family members and with those who will be struggling to recover from unimaginable physical, emotional and mental trauma.

It is increasingly clear that these are no longer isolated events and we must unfortunately brace ourselves to the fact that they may be becoming the new norm in our society, at least for the foreseeable future.

We must also remind ourselves that, unlike in other parts of the world where such atrocities are a daily occurrence, they are still remarkably rare here. Indeed, this week is only the third time the UK Threat Level has been raised to CRITICAL, the first being in 2006 and the second in the following year.

However, this time the UK’s security chiefs feel they have no choice other than to say another attack may be imminent. Nobody at this stage can say for sure whether the suicide bomber Salman Abedi acted alone or with the help of others.

Countering this threat environment is a hugely complicated and multi-faceted endeavour. Perhaps the most important and longest term (and consequently most difficult) element is the geopolitical: harmonising and reducing friction between culturally and religiously diverse societies, embracing this diversity and rejecting isolationism and xenophobia. Here we must trust our politicians and our voice is through the ballot box. This implies, however, an absolute responsibility as individuals to constantly embrace learning and tolerance of the world we live in so we can best instruct those we elect to high office.

Within the near to medium term of our current world reality, defining the appropriate domestic strategy and links with those of our key allies in the fight against extremism is essential. The four pillars of the UK’s Counter Terrorism Strategy (CONTEST) demonstrates a sound awareness of the complexity this entails and they deploy a range of short to long term tactics:

The effectiveness of PURSUE has been demonstrated multiple times in recent history and notably with plot-disrupting arrests in just the past few weeks. We should all be immensely proud and thankful of our security and public services. The reality, though, is that as the threat landscape becomes more fragmented and complicated, consisting of a greater number of smaller and less sophisticated plots feeding off the radicalisation of disenfranchised individuals, it becomes more and more difficult to identify and stop every attack. The importance of PREVENT has been horrendously demonstrated in the past few days and with the recent attack on Westminster Bridge.

The nature of this most recent attack, disturbingly, demonstrates the hallmarks of a more complex and orchestrated suite of activities likely conducted by multiple individuals supporting Abedi. This has predicated the Prime Minister’s decision to elevate the threat level to its highest level. The challenges faced by the police and security services in identifying and apprehending these individuals at such times, when rapidness and timeliness of response is of the essence, are vast.

This investigation is unfolding rapidly, with multiple arrests already being made. The well-rehearsed procedures and tools acquired through years of experience are paying dividends. It is also apparent that, at times such as these, any method or technique to assist over-stretched human resources conduct their activities more efficiently and more rapidly must be considered and welcomed. New and advancing technologies undoubtedly have a role to play and will help shape our ability to both prevent and respond to these threats.

We must not allow the events of the past week to shape or define us. Although of no condolence to those directly affected by these events, we must remain grateful that we live in one of the safest and freest societies in the world. Clearly, we must foster an environment where such extreme beliefs are not allowed to take hold and root them out where and when they do. But, as individuals, we must espouse and remain true to the values that have enabled our society in the first place. Openness, tolerance and above all knowledge of the world, its peoples, cultures and societies will always persevere over ignorance, isolationism, fear and hatred.

Our deepest and most sincere condolences to those who have suffered and lost this week; we cannot even begin to imagine your suffering.

Our utmost gratitude and respect to our public services, police and security services, who fight so tirelessly and put themselves at direct risk to keep us safe.