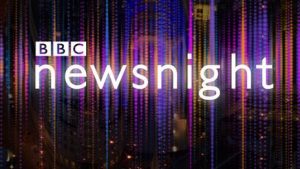 It’s important to realise that face recognition is not a panacea. But it is an effective tool that can drastically improve the efficiency of our intelligence and police agencies.

The figure cited of 40 officers to trail one suspect full time over 20 hours is not off the mark. Ex Chief Constable of the British Transport Police Andrew Trotter neatly summed it when he said “It is a huge labour intensive. Huge, and these people may do nothing for months, years. … And all the time there might be others that needed more attention. That diverts resources from other things…”.

The use of the technology in itself will pose new challenges.

The demonstrated solution is just one of many that can effectively perform live watchlist alerting on surveillance cameras to positive effect. But I don’t believe this use of face recognition alone represents the greatest benefit to police, and may not sufficiently improve efficiency to warrant the cost and generate a return on the investment.

It is likely that after each of the terrorists attacks in recent months, there was a substantial quantity of video evidence that needed to be manually reviewed at great use of resource. A significant challenge faced by police is the effective and efficient extraction and linking of intelligence from all of this media which can come from multiple sources, including CCTV, body worn video, members of the public, the Internet, the dark Web, news broadcasts and digital forensics (confiscated computers, phones, drives etc).

This represents a phenomenal Big Data challenge which is becoming increasingly solvable with the increasing availability of on-demand and elastic cloud computing paradigms. If we can rapidly process this media (at much greater speed than real time) and extract assets using face recognition and other detection technologies for presentation to reviewing investigators, this will significantly reduce the amount of time they need to laboriously watch it themselves, whilst increasing the intelligence they obtain from it, enabling them to rapidly “connect the dots”.

More actionable and linked intelligence, obtained quicker and cheaper. This can feed the watchlists the live surveillance cameras are searching in an integrated fashion off the same platform.

And perhaps just as importantly, introduce efficiency to feed a business case to help ensure the technology can be feasibly adopted.

You can watch the programme here: http://www.bbc.co.uk/programmes/b006mk25